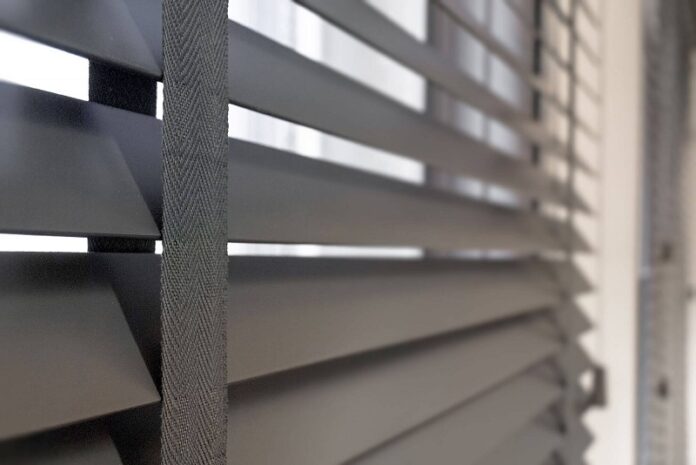 With increased commerce and migration between Italy and the rest of the world in the 18th century, the spread of ‘Venetian blinds started.

Venetian traders found the wall coverings while trading in the East and brought them back to Venice and Paris. Even now, the French refer to Venetian blinds as “Les Persienes,” and they are proud of their origins. They were popular window coverings throughout Europe after their debut in 1760.

The blinds were reportedly introduced in France and were quickly followed by introductions in England and America. Nevertheless, this slatted blind design was not invented in the 18th century. Venetian blinds were merely’ rebranded’ by the individuals of Venice, rather than invented by them.

There are several ideas about the genuine origins of Venetian blinds. Several believe they originated in Italy as a result of commerce with Persian merchants in southern Asia. Other versions, meanwhile, trace Venetian blinds back to Ancient Egypt, when they initially sewed reeds into slats to give shade from the sun.

Venetian blinds were introduced to the rest of the globe to great acclaim. The invention of slatted blinds brought favorable light control to Western dwellings and rapidly became a coveted feature for every well-off family and office manager. They were not, however, confined to the rich. Venetian blinds were an excellent choice for people of all socioeconomic backgrounds due to their low cost. Following the original reintroduction of slatted blinds to the globe, new blind designs began to appear and be sold.

Venetian blinds were initially introduced in the United States by John Webster. The blinds were soon adopted by America’s upper society, and they were erected in many governments and public office buildings.

The Japanese and Chinese are also known for creating a type of Venetian blind made of bamboo slats. Others attribute this exquisite window covering to Persia (modern-day Iran). Whatever the reality is, it appears that the expansion in international trade brought items like slatted blinds from Asia and the Middle East to cities like Venice in the 1700s. Some claim that liberated Persian slaves traveling from Venice to France contributed to the dissemination of Venetian blind knowledge.

In comparison to today’s slender, wooden, fake wood, or metal Venetian blinds, early styles introduced to the west in the 18th century had broad, flat slats.

Venetian blinds with natural textures have been the most widely used type for homes in the formative days of their debut in America. Nevertheless, as the century progressed, white or stone-colored blinds became more beautiful and appealing.

Plastic slats were popular in businesses and houses throughout the 1960s. By the twenty-first century, more conventional wooden Venetian blinds had returned to popularity, with some even including wider slat patterns.

The Essential Rules Of Designing An Personal Office Space

Mark Palmer - August 12, 2022 0
Houses are more technologically advanced than ever ahead. With so numerous advancements in home robotization systems and “smart” products, there is no reason to...

The Essential Rules Of Designing An Personal Office Space

Jesse Rayburn - August 12, 2022 0
Working from home offers a number of advantages to residents, often making their professional life much easier to manage, as well as to balance...

Jeffrey Putman - August 5, 2022 0
There are many types of faucets available today, from traditional models with a single handle to the latest technologies. You'll find both modern and...

Most authentic air conditioning and installation in Melbourne

William King - August 4, 2022 0
As a result of global warming and the consequent climatic changes, most Australians are experiencing more extreme temperatures than usual. The uptrend in the...

Why Vinyl flooring for factories?

Jesse Rayburn - July 29, 2022 0
Factories are known for huge traffic and a high level of work has been there. When looking for comfortable flooring for your employers in...